It's the beginning of the twentieth century. A design revolution is bubbling under the surface, slowly making it's way through three men, who would change the industry forever. The three heroes of the revolution? Pick, Beck, Johnston.

No. 1 : innovator and artistic commission-er extraordinaire.

Frank Pick. Head of the London Underground in the 1910s and 1920s,  and the newly merged London Transport in the 1930s. A visionary, "instrumental in establishing the world’s most progressive public transport system and an exemplar of design management." (designmuseum.org). 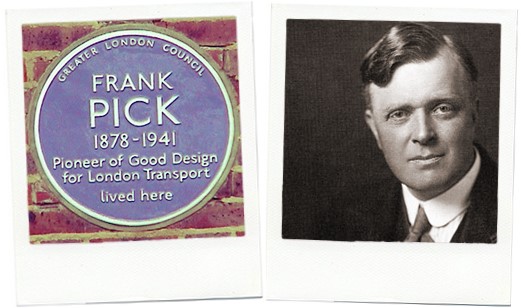 The walls of the Underground, in their early days, were so filled with posters and advertising that it was hard to see the actual signs of the stations in amongst all the visual noise. Pick recognised that it would be more effective and less confusing if all London Underground information would have a distinctive and uniform style, and would be positioned in particular parts of the stations. Other posters and adverts were restricted to certain places, distinguishing them from the London Underground signage.

The posters too became a key part of Pick's Underground. Early posters, produced by freelance commercial artists employed by the printers, were filled with images of London's attractions, to encourage travellers to use the underground to reach places in their leisure time as well as to travel to work. These early trials were so successful that Pick started to commission both established artists and fresh new talent. It was soon considered prestigious to be invited to design for the Underground Group.

Here is a selection of some of my favourite posters by various artists from the later 19-teens to the 1930s: 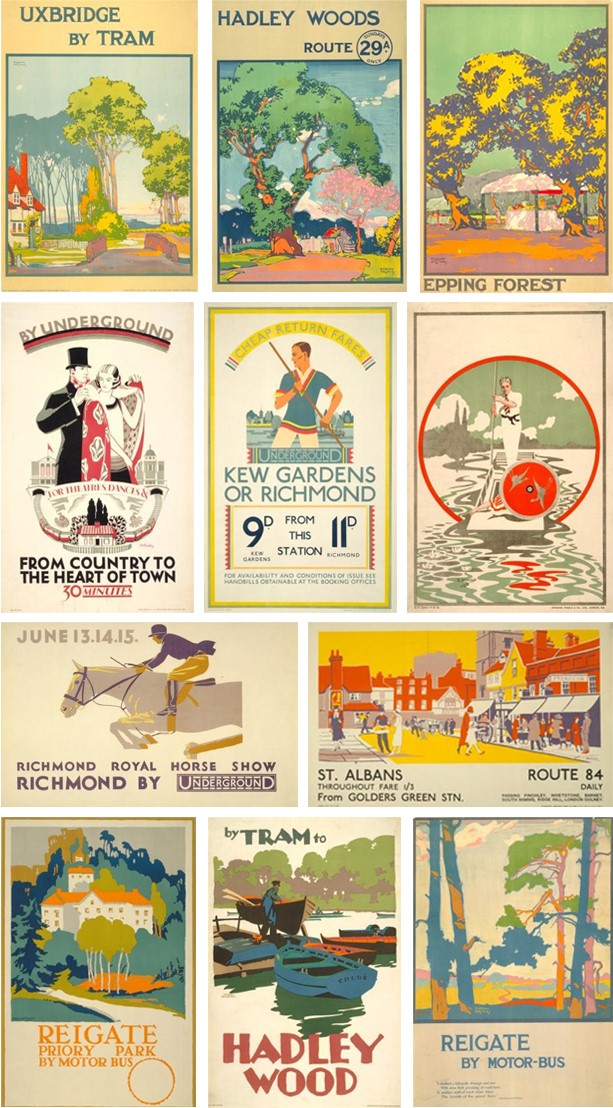 The posters introduced travellers to art movements, including the emerging cubist and modernist movements of the time. Pick was proud of the influence of his posters and saw it as a responsibility of the network to educate the public in modern art. He organised exhibitions of modern art and design, including the posters, in Charing Cross underground station. “No exhibition of modern painting, no lecturing, no school teaching can have anything like so wide an influence on the educationable masses as the unceasing production and display of London Underground posters over the years,” pronounced art historian and scholar, Nikolaus Pevsner.

These posters are by one of the most cutting edge artists, Edward McKnight Kauffer: 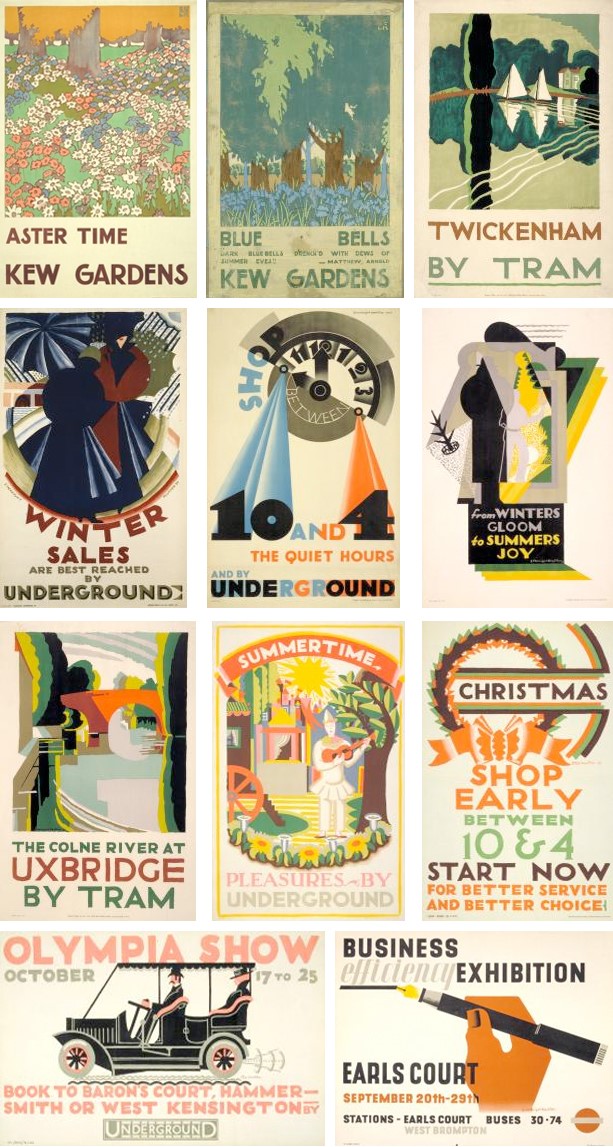 The influence of one man over such a vast network, is phenomenal. He introduced the principles and importance of good design and branding across the board, from the logo and signage, down to the very last detail of the bins and ash trays. He was a visionary, and I love the legacy he left! 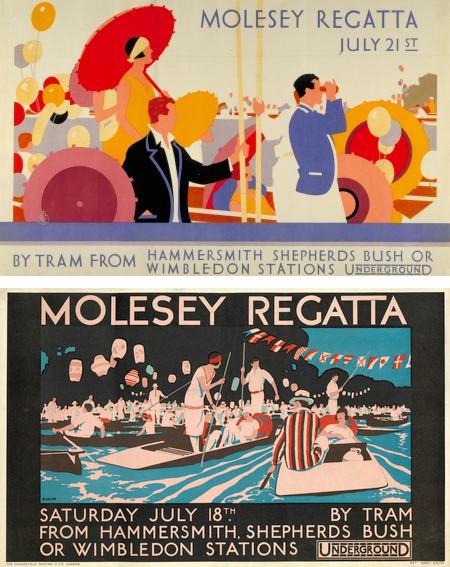 I haven't even touched on the artists themselves! Some people might say that commercial art doesn't come close to fine or high art. These posters were some of the most cutting edge designs of their day, and have enjoyed many revivals in the decades since. I'm no expert, but I'm an enormous fan.

You can buy almost all underground posters ever produced (I think!) on the London Transport Museum website. I'd paper my whole house in them if money permitted!

I never heard of any of these three. I wonder if a designer could make a living from designing in this style in this day in age?